On February the 27th SWYAA Sweden’s representative had the immence pleasure of opening the Japanese Week on Campus at Umeå universitet with a joint lunch talk on Swedish-Japanese relations in collaboration with Association for International Affairs (Utrikespolitiska föreningen) in Umeå. 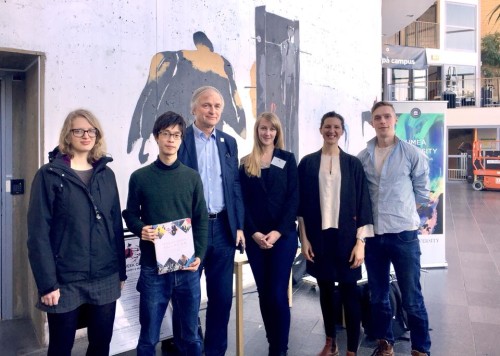 Edward Fleetwood from from the Sweden-Japan foundation introduced with the history and overview of diplomatic and business relations. He also discussed the many cultural similarities between Sweden and Japan and mentioned some of the upcoming events in the ongoing anniversary year, and his role in assisting the Embassy through the Support Secretariat for the 150th Anniversary celebrations (link to Anniversary Support Secratariat and Event Calendar). 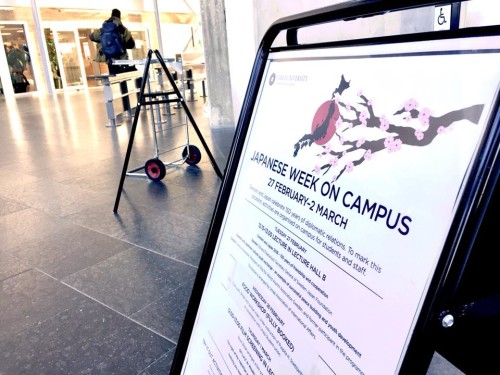 Then Carolina Hawranek held a talk about the history and deveopment of the SWY program and SWYAA International to exemplify cultural and leadership exchange and social contribution arranged and hosted by the Cabinet Office of the Government of Japan.

Our president Carolina Hawranek showed the official promotional SWY-film and inform students about the unique and ambitious Ship for World youth program sponsored by the Cabinet Office, Goverment of Japan and organised by IYEO of Japan.